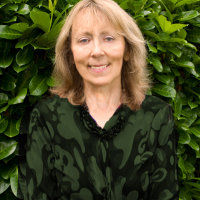 I am rather reluctant to talk about about my achievements, as I do not like self-promoters, but when I visit a website I always want to find out more about those involved, so have taken the plunge. For me it is the wildlife I film that are the stars. My interest in using CCTV for wildlife monitoring is that I believe it is a neglected form of technology that has a huge number of applications, whether for researcher, conservationist or just for the joy of watching wildlife.However, many find the technology daunting, and I am working with others to make it more accessible.

Advisor for Hugh's Wild West (2018) on using CCTV to film a buzzard chick in the nest. Several of my CCTV projects were also filmed but did not make the final cut

Scientific paper CCTV enables the discovery of new barbastelle (Barbastella barbastellus) vocalisations and activity patterns near a roost to be published this year in Acta Chiropterologica, a scientific bat journal

CCTV for Wildlife Monitoring This book was published in 2016 as an introduction to using CCTV for wildlife.
Click for more information.

Wildlife Photography Fieldcraft
This e-book was published in 2013 and still is regularly in the top 10 on amazon for books in its class. It has been the number one best seller on several occasions. I wrote this because I was fed up with wildlife books that showcased the writers achievments but, despite the book titles, never gave away any secrets as to how to find wildlife.Wildlife Photography Fieldcraft

Two Stories Polish Exhibition
This exhibition took place from 2010 to 2012 and was shown in 17 venues across Devon
This exhibition used fine art photography to tell the story of the Soviet invasion of Poland in World War 2 . It highlighted the lost history of Poland, the suffering of the Poles and Britain's role in Poland's demise.

A book was published at the same time telling the true story of a young girl caught up in the troubles.
Click for details

UNLtd/Millenium Commission award 2010
This was an award to fund the Two Stories Polish Exhibition.
https://www.clikpic.com/admin/site_sections_edit.cfm?action=edit&ID=368185

February 2009: Business and Biodiversity
An exhibition of wildlife images of quarry images taken for Sibelco. The exhibition was held in Old Forde House, Newton Abbot.

ARPS award
This was obtained for a series of images in clay quarries, showing how that beauty can be found in contemporary landscapes. The quarries were clay quarries in Newton Abbot owned by Sibelco

Computer Gardening
Published in 2000, this book is out of date, although I may produce an e-book version at a later date.

Personal Computer in Horticulture
Published in 1998, this book is now out of print, but was the first book of its kind and was used by universities and Colleges.